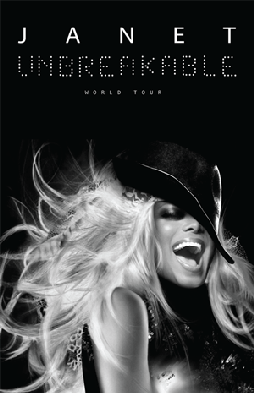 In the spirit of fun and loving Janet Jackson, I thought I’d dedicate today’s post to Miss Jackson because I am one of those lucky enough to be going to see her tomorrow night as she comes through NC on her Unbreakable World Tour. First of all, I have loved Janet ever since she was Penny Woods on Good Times, and even if I never understood why she was so in love with JJ, my love and fascination for her has endured for what seems like a lifetime. I cannot wait to see her “Control” the stage and mesmerize her fans tomorrow night as the enchantress that she is, and in doing so bring to life my dreams of dancing alongside her. I hope to see some fellow Janet Jackson fans tomorrow night. For fun, I took these quizzes on Buzz Feed to determine which Janet I am and for the most part I pretty much identify with every Janet from Control to Velvet Rope. I guess it’s safe to say that as Janet evolved, so did I!

Which Janet do you most identify with?  Buzz Feed has some quizzes. Take one to see which “Janet” or Janet song represents you the most!

Which Janet are you?

Can We Guess Your Favorite Janet Jackson Album?

Can We Guess Your Personality Based On Your Fave Janet Jackson Song?